ZEBEDEE is the leading fintech company for the gaming industry, powering real economies in virtual worlds. Led by pioneers from Bitcoin, gaming and the Lightning Network, ZEBEDEE brings years of technological innovation and expertise to a new category – Bitcoin Gaming – that is poised to usher a new generation of gaming tied to the world’s largest digital asset.

At its core, ZEBEDEE is a fintech whose platform allows game developers to integrate Bitcoin into their games with amazing flexibility and freedom to innovate. Imagine playing Super Mario and picking up a coin, but that coin is worth real money that instantly gets transferred to you. Today, that’s not really hard to do. With ZEBEDEE tech, anything that happens in a game can trigger a payment as small as a fraction of a dollar cent. That’s powerful.

There’s nothing like finishing a level in a mobile game, turning around and using the money you just earned to order something from Amazon. Of course, at that point you played a lot of levels. Plenty of people do that today. Just not with traditional money. Fiat money can’t move between games and the real world easily enough. You can’t really make a credit card transaction under $0.6, because the banking system isn’t efficient enough. That’s why we use Bitcoin.

Bitcoin is becoming the native currency of the internet, because it can move very easily between all apps and games and into any country of the world. It’s the perfect tool for building play-to-earn games. And the numbers show that players love it. For some game studios, it can be a game changer. Introducing Bitcoin rewards improves every single acquisition and retention metric. ZEBEDEE’s partners have seen hypercasual mobile games increase ROAS 40-80% just by plugging in a bit of Bitcoin. In some cases, markets that were unprofitable for a game suddenly got unlocked.

But there are two sides to this equation: on the one hand, you’ve got game developers putting Bitcoin into their games. On the other hand, players need tools to access these growing virtual economies. That’s where the ZEBEDEE Wallet comes in.

ZEBEDEE’s Lightning Wallet makes sending Bitcoin to anyone as easy as sending an email. Their leadership team created the technology that makes this possible for every single Bitcoin Lightning wallet in the market. More than that, it allows Bitcoin to move seamlessly between different games and players. Sometimes without the player even doing anything – they finish a level in a game and Bitcoin gets instantly and automatically streamed to their wallet.

Their Lightning Wallet is ZEBEDEE’s central portal for gamers to earn Bitcoin by playing games and interact with the wider Bitcoin gaming ecosystem. Using the wallet is simple: Download it, sign in with one of the many supported options (like sign in with Google) and start earning money in games. Then you can spend that same money with any of the massive amount of merchants and apps that already accept Bitcoin payments. It is a streamlined experience and you don’t need to jump through hoops to get your reward in real money and then spend it. ZEBEDEE is also making its Lightning Wallet usable in streaming applications for tips and donations, revolutionizing the way users earn money online and audiences interact with content creators in real-time.

Beyond direct peer-to-peer payments, Bitcoin Lightning’s ability to handle massive amounts of instant micro transactions has opened the door for new ways to engage consumers through digital media—especially in the area of gaming. Although most gamers aren’t necessarily interested in blockchain gaming for its own sake, they are interested in new methods to interact in and gain value from games. Today’s consumers, in general, are also more aware of the value they create through their engagements in the attention economy, where their views and time get monetized through digital advertising in any case.

Gamers, in particular, can invest thousands of hours in gameplay and then, when that specific game dies down, can feel cheated that their attention and effort created value and made money for someone else, while the gamers themselves have nothing to show for it. Entertainment alone is no longer enough. Through rewards powered by ZEBEDEE, gameplay feels less like empty calories and gives more incentive to play and keep coming back.

ZEBEDEE is at the forefront of this technology and has already seen major success with people earning significant money in ZEBEDEE-powered games. The company is getting regular messages from users saying they paid the bills, bought groceries or even paid rent on their house with the money earned playing games for Bitcoin. The list of ZEBEDEE-powered games is growing every day, from a lineup of mobile games anyone can get into, to Kart-style racing games you can play with friends, to an integration that lets anyone earn Bitcoin by playing the world’s largest multiplayer shooter game, CS:GO

ZEBEDEE’s leadership team has led the charge in fintech infrastructure innovation based on digital-native payment systems and is now rewriting the rules of how economics work in games by providing a suite of sophisticated yet easy-to-use tools for developers, while enabling gamers to get more than entertainment out of games – with ZEBEDEE, gaming becomes a meaningful economic activity for anyone, anywhere. 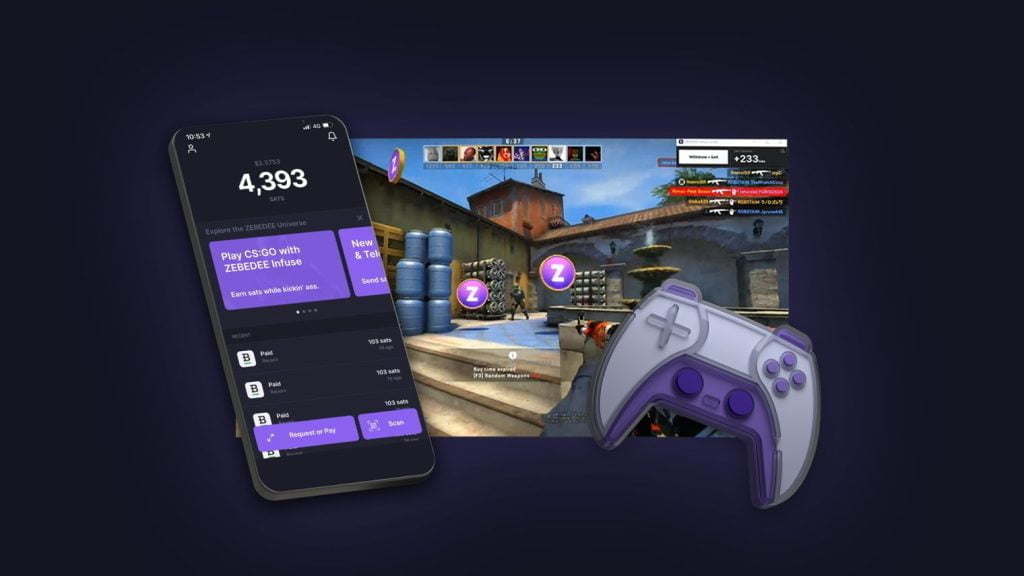