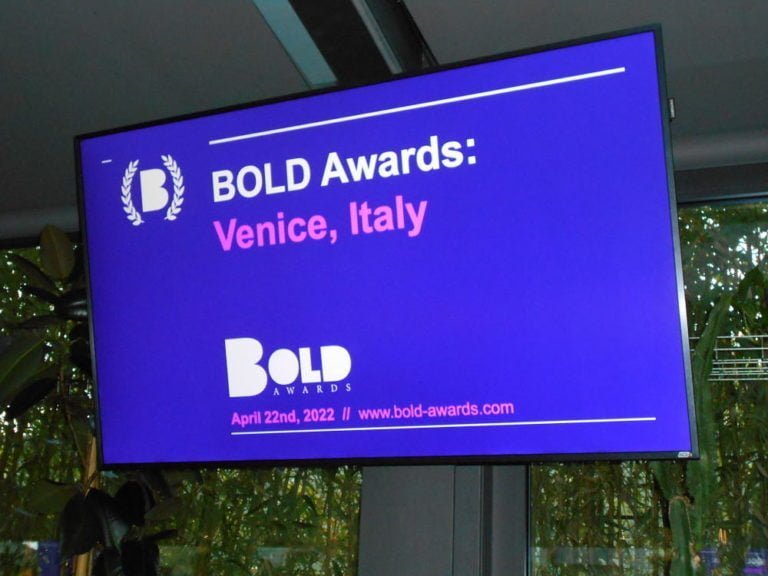 Over 500 submissions were reduced to 100 nominees by a round of public voting, and judges’ assessments then arrived at 2022’s BOLD Awards III winners in 20 categories. Also, there was a special award made on the night, and some Bold Awards II presentations were made due to the lack of a ceremony last year.

The prestigious international BOLD Awards scheme was created by Crowdsourcing Week, which provides insight, information and events for the global community focused on the crowd- economy, and their partner H-FARM, one of the world’s most important startup business development and accelerator hubs. BOLD Awards recognizes top companies, projects and individuals powering breakthroughs around the world in crowdsourcing, open innovation and related-technology sectors, and celebrates the innovators who create them. The event itself was organized and hosted by H-FARM on their campus located just outside Venice. The audience included people from 30 countries.

The gala dinner ceremony was preceded by a tour around H-FARM’s impressive campus. After recent expansion it now occupies an area of 51 hectares, including 42,000 square metres of buildings and over 40 hectares of parkland and woodland, which is open to the public. It can accommodate more than 3,000 people, including 2,000 students. Up-to-the-minute classes cover topics including the digital transformation of industry sectors, cryptocurrencies and NFTs. Attendees also enjoyed the opportunity to be photographed against a backdrop representing a mural created by world-renowned graffiti artist Didier ‘Jaba’ Mathieu. This has been broken down into NFT puzzle pieces and offered for first refusal to the finalist nominees. Any unclaimed NFTs will be offered to a wider audience from April 29th. 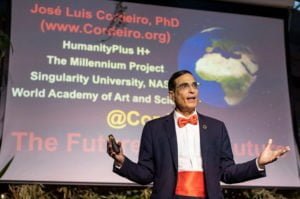 Crowdsourcing Week’s CEO Epi Ludvik and Emil Abirascid, Founder and Editor in Chief of Startupbusiness, opened and emceed the evening.  A scene-setting presentation by Anna Juricic emphasized that to have BOLDness we need courage. Courage is the key to life, the key to making our lives bolder and more fulfilled. And if Courage is the engine that will take us there, Trust is the fuel needed to power it. Futurist and author Jose Luis Cordeiro then brought the future closer to the audience with an amazing presentation on mankind’s mission to “cure death” and achieve immortality. 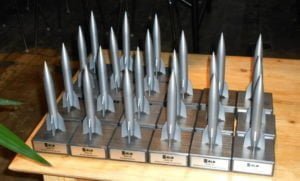 Then it was time to announce the 2022 BOLD Awards winners. Over 500 entry submissions had been reduced to a shortlist of five nominees per category by online public voting. At a second stage, those votes were combined with the assessments of an international panel of judges to finalize the winners. The awards thus combined the power of the crowd and the judges’ expert insight with the hard work of exceptional individuals. The process was the same for BOLD Awards II and III.

The award winners were announced while everyone enjoyed their four course dinner, with wines provided by Valdo, official drink supplier to BOLD Awards.

We offer our heartiest congratulations to the BOLD Awards III winners of each of the pre-announced categories, plus an added surprise award that was made on the evening. Also, four of the BOLD Awards second edition winners were present to collect their awards, and we’ve listed other winners who missed their ceremony due to travel restrictions last year.

The additional surprise award, which by its nature was not included in the first stage of public voting, was presented to Jose Luis Cordeiro.

After the presentations the attendees networked and celebrated the 2022 BOLD Awards winners’ success. What made their success such an achievement  was the high quality of all the nominations that had been submitted at the start of the process. We thank everyone who submitted entries, took part in the online voting, our international panel of judges, category sponsors, and all attendees at the ceremony. Some attendees made attending the BOLD Awards the basis of a weekend trip to Venice. Others flew in on the day and left their hotel as early as 4 a.m. the next morning to get back home. We sincerely thank you all.

Further images of the 2022 BOLD Awards Gala Dinner are available on Facebook. A second collection is Winners Only. 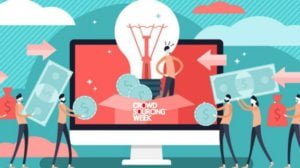 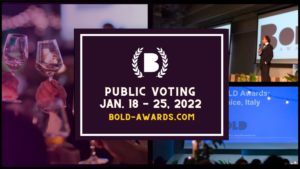 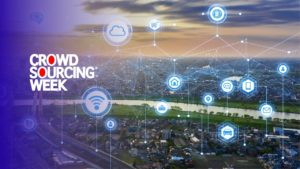