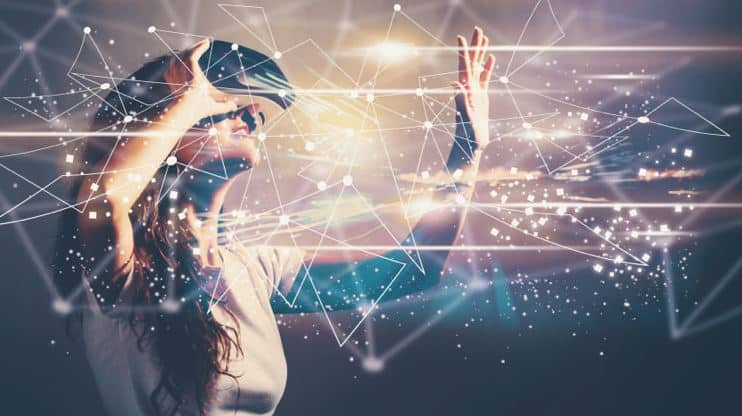 Big things are regularly predicted for the AR/VR sector, though so far the industry hasn’t quite lived up to the hype. Latest predictions include the augmented and virtual reality (AR/VR) market is expected to total $18.8 billion in 2020 and then expand exponentially in the coming years. A market expecting such growth deserves looking at.

Consumer spending, largely for gaming purposes, remains the single largest sector, and is expected to reach $7B in 2020. Devices such as Facebook’s Oculus Rift and Sony’s PlayStation Virtual Reality have shipped millions of units as consumers look to explore the possibilities offered by virtual environments. However, many of the world’s biggest tech companies have begun to allocate significant R&D budgets to develop their AR/VR capabilities across a wider range of uses.

The phrase AR/VR tends to be bandied around as a catch-all for any use of sensory devices, so perhaps we should first be clear what the various terms mean.

Virtual Reality (VR) technology puts us in a totally immersive, artificial world we experience through headsets or a helmet. VR places us in video games as if we are a character, or can teach us how to perform heart surgery, operate in any dangerous environment (such as in a fire, at extreme depths undersea, in a frozen climate) or improve the quality of sports training to maximise performance. Primarily due to gaming, sales of VR headsets in 2019 are estimated to have been seven million units. Beyond gaming, VR has been developed to meet design, marketing, education, training and retail needs.

Augmented Reality (AR) is technology that combines things in the real world with computer-generated information. Our own realities become a framework within which objects or images are placed for us to interact with and it allows people to undertake experiences that are often more immersive than the real world alone offers. An optimistic estimate of headset sales in 2019 was 600,000 units compared to 7 million for VR, a sign of the current market disparity.

Sometimes VR and AR  combine in a hybrid technology of Mixed Reality (MR) or Extended Reality (XR) that places virtual objects in the real world where the digital and the physical are practically indistinguishable. To avoid semantics, perhaps adopting the XR handle is the way to address the whole sector.

Business-related XR in total already exceeds consumer gaming. VR can simulate working in dangerous or extremely demanding environments, such as fire fighting or surgery, or with expensive tools and equipment that can be easily damaged, without any of the risks. AR, on the other hand, can be used to relay essential information directly to the user about whatever happens to be in front of them – reducing the time spent by engineers, technicians, or maintenance staff referring to manuals and looking up information online while on the job.

With an anticipated exponential growth of the B2B sector, the 2020 XR Industry Insight report collated by VR Intelligence found that 65% of 750 XR professionals surveyed at AR companies in 2019 said they were working on industrial applications, while just 37% were working on consumer products and software.

At the same time, though, in 2019 they agreed with the forecast high adoption rate within the next three to four years among consumers, thus hitting peak growth in 2023.

It’s already possible to provide a service that’s an AR equivalent of a web publisher, allowing individuals to create AR-based interactive storytelling without requiring coding skills. The introduction of 5G and smarter cameras will accelerate the process and make the internet more 3D. It will enable cheaper headsets and viewing devices, with more realistic VR simulations and AR support at faster speeds for situations where quick decisions are needed.

Superdata, part of the Nielsen research company, predicts AR/XR headset hardware and consumer software are set to earn a combined $6.7B by 2023, 45% of all XR revenue.

Use in education will make XR the new reality

We have already experienced the impact of Millennials growing up in their formative years in a totally digital world, and how they are now disrupting the workplace and legacy business models in many industry sectors . As more and more influential students enjoy the experiences of learning through XR, it will become ‘go-to technology’ in their lives and they will increasingly expect it to use in their work environments.

With anticipated wide scale adoption, combined sales of VR and AR headsets are forecast to reach 30m units a year by 2023, with total AR/VR market revenues (hardware and software) forecast to grow to around $160 billion in the same time scale. Remember, that’s from an estimate of just under $19B in 2020, over 800% growth! (Source: statista.com)

Are you going to stay ahead of this curve or play catch-up?

The first round of public voting is open to February 4 in all 12 categories of award, which includes AR/VR. We hope you take part and vote for your favourite entries. A panel on international judges will then assess the short-lists created by the public vote, and the wimmers will be announced at a black-tie award ceremony in Venice, Italy, on March 27th, 2020. And you can be there, Apply To Attend here: https://bold-awards.com/request-an-invitation/

Being Bold in Crowdsourcing 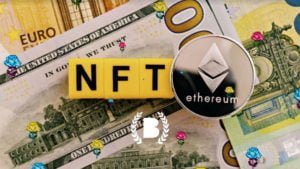 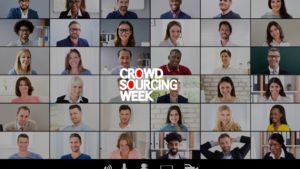