For those not yet in the loop, what are NFTs? Safeguarding tangible, physical assets and possessions has long-seemed straightforward. Either lock them away in secure strong rooms and safety deposit boxes, or display them behind an array of highly technical protection. Though what about assets in digital formats, particularly creative ones?  This is a major benefit of NFTs, non-fungible tokens. The assets are stored on blockchain-based distributed ledgers, given unique complex and confidential codes to access them. Putting them in a secure place and creating digital deeds of ownership empowers the creators to market highly controlled commercial access to their assets. This article will show how it has quickly opened up a whole new marketplace where NFTs provide income, security and control benefits to many writers, performers and artists. Plus business innovators.

Given that an NFT is like a certificate to say that you own something digital, it also means original versions of viral videos, memes or tweets created by anyone, or anything that is collectible, can be sold as if they were art. Jack Dorsey, founder of Twitter, sold his first tweet for the equivalent of $2.9m to a Malaysian-based businessman, who paid in digital cryptocurrency. The tweet was sold via auction on an online platform called Valuables, and the proceeds were donated to Give Directly’s “Africa Response” fund which is at 80% of its $160 million target.

At a professional artist level, putting digital content in blockchain and then allowing access to it through NFTs gives creators a D2C (direct-to-consumer) route to market. Their fans and followers can buy access to their work without going through a distributor that takes a cut, such as music available through Spotify. The fans can also send monetary tips, or buy collectible tokens as a sign of support. They may pay a fixed price for some items, such as a download of some music, or bid, just as at an auction or buying on eBay, for limited edition items that could have some longer-term investment value. Yet no auction house has to be involved and taking a cut. NFTs are thus a great example of original disruptive digital technology being in turn disrupted by newer tech applications, and they mark a shift of power to original artistic creators.

RAC (Andre Allen Anjos) is a Portuguese-American musician and record producer based in Portland, Oregon. He has created more than 200 remixes in the rock, electronica, and dance music genres for various musical artists, and his work has featured in tv commercials for companies including Citigroup and Hulu. He was an early adopter of the NFT model when in 2017 he released his album EGO on the Ethereum blockchain network. Fans could purchase it through the Ujo Music platform. Then in May 2020 he released his album BOY on cassette, available only by buying the $TAPE token. Bids for the token reached nearly $13,000, making it the most expensive cassette ever and breaking a record previously held by Prince.

To encourage others to take advantage of NFT technology, RAC has launched “agency 6” to guide musicians, bands, and visual artists through using and profiting from the blockchain.

The Kings of Leon band released its latest album in NFT in March 2021, with three package variations limited to a sales period of only two weeks — and made $2 million in sales from it. Any fan who missed out will have to buy someone else’s NFT in a secondary marketplace. Smart contract elements of NFTs make it straightforward for royalties from any resale to go to the artists, and 10% seems to be the most common amount. Kings of Leon will therefore continue to earn added income on top of the initial $2 million. They may decide to leave their cryptocurrency income alone and speculate that their cash value improves with time.

A recent article in Publishers Weekly, founded in 1872, rather predictably supported the existing business model, saying “It’s possible that authors and publishers will find viable applications for NFTs, but it’s too early to tell, and early experiments are likely to lead to dead ends.” It sounds change resistant, though publishers that don’t move with the times risk being left out of the loop when an author uses NFTs for D2C sales and other audience/customer engagement activities.

More positively, the German digital book distributor Bookwire aims to remain fully involved and will launch its own NFT platform for the book publishing sector in the fall of 2021. They admit that although the current level of excitement around NFTs might calm down, they see practical applications for blockchain’s use in publishing. It provides an option for authors to maximise the monetisation of attractive and exclusive products including first editions, original manuscripts and exclusive audio recordings in a more sophisticated marketplace, says the co-founding managing director John Ruhrmann.

Author Emily Segal’s first novel got good reviews and she sold hardback, paperback and Kindle versions through Amazon and her own publishing company’s site. Rather than trying to get an advance from a big publisher for her second book, Burn Alpha, or leaving it until it was completed and then hopefully selling it through her own platform, Emily released an early extract from it as an NFT on the Zora platform. Then she put 70% of the non-fungible token up for sale for 25 Ethereum (currently around $50,000). Emily used a crypto-based crowdfunding project with perks including merchandise, limited access to a special hardback version, offers of personal conversations, and a name-check in the book’s acknowledgements of support.

All of this happened without any involvement from Amazon, a publisher, or anyone else in the book industry. Emily can write her book without any interference or pressure, and mint a new NFT when it’s complete. Whenever the full edition tokens are repeatedly bought and sold, all the original backers will share a cut of the royalties.

NFT technology at last provides a secure and verifiable way to collect and own digital art. Whether people will do so through an appreciation of the artwork in its own right, for the exhilaration and accomplishment of owning something that’s in demand, or more as an investment is endlessly debated within the sector. Though it can be a major benefit for not only individual artists but the creators and providers of any collectible visual media. Others say it’s a bubble that will burst, that it’s simply a fad supported by people who fear missing out on “the next big thing.”

The prestigious art auction house Christie’s made global headlines when in March 2021 it auctioned off a digital collage by an artist under the name of Beeple for nearly $70m. It immediately made him the third-most expensive living artist in history. It was the first time the 255 years old auction house had sold a piece of digital-only artwork with a non-fungible token as a guarantee of its authenticity, as well as the first time cryptocurrency has been used to pay for an artwork at auction. The work was a collage of 5,000 pieces that had been individually created on a daily basis.

Perhaps the buyer’s main aim was to crowdsource media coverage and benefit from the publicity. Vignesh Sundaresan, the buyer, is an entrepreneur, coder and angel investor in blockchain technology. He co-founded BitAcces, which has deployed over 1,600 bitcoin ATMs all over the world. His purchase certainly gained global media coverage and heightened interest in cryptocurrency and NFTs.

Beyond the aspirations of individual artists, NBA Top Shot is a joint venture involving the USA’s National Basketball Association, and an example of corporate use of NFTs. It aims to sell game highlights to fans as digital non-fungible tokens on the Flow blockchain, rather than Ethereum. Each NFT will have a serial number and be sold in limited-edition “packs” ranging from $9 to $230 depending on the actual sports action moments they contain — similar to how fans buy packs of baseball or basketball cards. Top Shot comes at a time when the market for traditional sports trading cards and collectible card games is booming anyway, and this innovation gives it a further shot in the arm. A 13-second clip of LeBron James replicating a Kobe Bryant dunk from 2001, as a tribute to the late Lakers star, recently sold for around $34,000. Cryptocurrency is not necessary, Top Shot NFTs can be bought with a credit card.

Power to the people! “Charlie bit my finger” 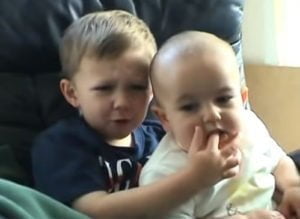 NFTs work even at a domestic home video level. “Charlie Bit My Finger” or “Charlie Bit Me” is a 2007 internet viral video famous for formerly being the most viewed YouTube video. By May 2021 the video had received over 800 million views before it was announced that it would be removed from YouTube. The family were able to monetise their “15 minutes of fame” by auctioning their home video content as an NFT. It earned the family an astonishing $761,000, which is going to come in very handy for the two former infant brother ‘stars’ of the video who are now 15 and 17 years old.

NFTs for events and memberships

Expanding the use of NFTs beyond the creative industries has been swift. Gary Vaynerchuk is CEO of VaynerMedia, a full service digital marketing agency, and he pioneered using the internet and then Web 2.0. He intends to actively consult, invest in, advise and speak about NFTs, and so created his own project to test, learn and understand everything about it.

VeeFriends is a business community built around harnessing NFT technology and its smart contract capabilities. Owning a VeeFriend NFT confers membership of the VeeFriends community and access to VeeCon events. VeeCons will be multi-day conferences focusing on business, marketing, ideas, creativity, entrepreneurship, innovation and competition exclusively for NFT holders, and each NFT functions as a three year access pass. The first VeeCon will be in North America before May 5, 2022. All dates and locations for the three annual events will be announced at least 180 days in advance.

The fixed number of 10,255 VeeFriends tokens sold out in the primary sale. There are three categories offering escalating benefits to fewer people in each more expensive tier, similar to crowdfunding perks. The benefits include networking opportunities with fellow holders of ‘superior’ NFTs, and one-to-one meetings with Gary himself. The NFTs have a tradeable asset value, and when they are re-sold on NFT marketplace platforms there will be an automatic 10% royalty payment back to VeeFriends. 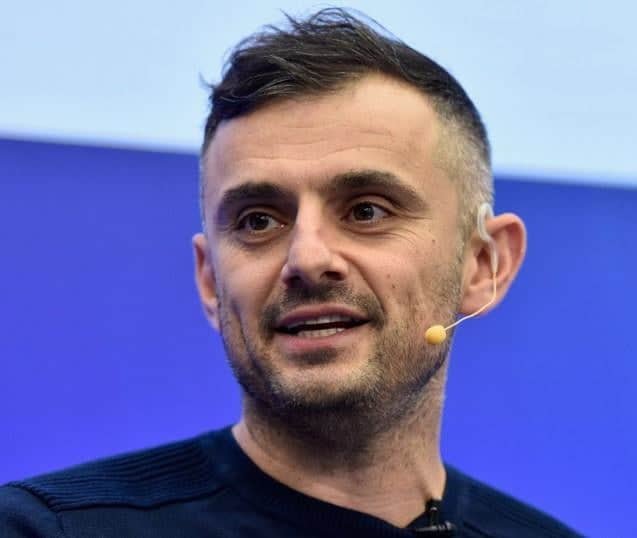 To maintain their value, it is important the VeeCon events are a success. All attendees will thus have a financial interest in making it a resounding success, and doing all they can to make sure as many people as possible know that it was a success. Then more people will want to buy an NFT in a secondary market to attend the next VeeCon.

Gary Vaynerchuk has created a gift for himself that is going to keep on giving, he has motivated the token holders to take a positive active involvement, and outside of VeeCon he’ll be charging consultancy fees for telling people how he did it!

We’d like you to flip over to an article published by Crowdsourcing Week that includes details of NFT marketplace platforms to be aware of, thank you: https://crowdsourcingweek.com/blog/the-first-crowdsourced-nft-and-crowdsourcing-nft-appraisals/ 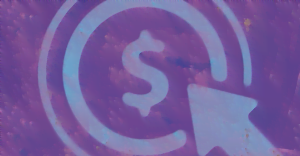 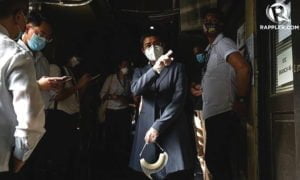